South Florida has more than a dozen great museums to visit. Whether you enjoy art, history, science or gardening, there’s a museum with your name on it in south Florida.

All of the museums in our list charge access fees, which range between $8 and $20 for adults. Most offer extended hours for one day of the week. The fourth selection in each of the three south Florida cities is a children’s museum.

Some of the great museums in south Florida include:

Perez Art Museum Miami. Opened in 2013, this public-private partnership concentrates on modern art from the 20th century and 21st century. Developer George Perez donated his collection to the museum, which was built in Biscayne Park near the Miami waterfront. A stunning building that houses an impressive collection.

Bass Museum of Art. Open for more than 50 years, this museum strives to “inspire and educate by exploring the connections between our historical collections and contemporary art.” The museum’s permanent collection covers more than 500 years of art from four continents. Art classes and workshops also are held at the Miami Beach museum.

Miami Children’s Museum. Located on Watson Island in downtown Miami, this non-profit museum was founded in 1983. Twenty years later, the museum’s moved to its current home. The museum features 14 permanent galleries, as well as travelling galleries. The 56,000-foot facility also is home to art classes, art camp and group tours.

Museum of Art Fort Lauderdale. Part of NOVA Southeastern University, this downtown museum opened in 1986. The gallery features the art of William Glackens, as well as Latin American art and photography. Travelling exhibits also are on display. The museum includes a research and collections center.

The Bonnet House. Built in 1920, Fort Lauderdale benefactor Hugh Taylor Birch gifted the land for this palatial estate to his daughter upon her wedding to the artist Frederic Clay Bartlett. The grounds, located off A1A near the ocean, include an art gallery and an expansive garden. The gallery features Bartlett works, while the gardens provide an example of a native barrier island habitat.

International Swimming Hall of Fame. Located on A1A one block south of Las Olas Boulevard, this museum features artifacts and mementos from some of swimming’s greatest achievements. Items on display include the world’s largest display of aquatic medals and the first automatic timing device. The museum also includes a video presentations, interactive computer displays and presidential tributes.

Museum of Discovery and Science. This museum in downtown Fort Lauderdale features the largest movie screen in south Florida. The 300-seat IMAX theater is open every day of the year. Special exhibits rotate through periodically. The museum also includes a living coral reef, bat houses, flight simulators and a reptile display.

Norton Museum of Art. Founded by industrialist Ralph Hubbard Norton, this museum opened its art deco doors in 1941. The Norton’s permanent collection features art from America, Europe and China, and includes contemporary art and photography. The museum also offers a half-dozen travelling exhibits at one time.

Flagler Museum. Lauded as Florida’s first museum, the Whitehall mansion was built by Florida pioneer Henry Flagler in 1902. The house stands today much as it did then, with Flagler’s Royal Pionciana Hotel to the north and his Breakers Hotel to the east. In addition to guided tours of the home, the West Palm Beach museum offers permanent and travelling exhibitions.

Morikami Museum and Japanese Gardens. Opened in 1977, this museum was built on land donated by a Japanese agricultural commune. The museums six gardens were inspired by famous gardens from Japan. Exhibits include a historical garden and a bonsai collection. In addition to tours, the Boca Raton museum offers cultural demonstrations and educational program.

South Florida Science Center and Aquarium. Opened in 1961, this West palm Beach children’s museum contains a dozen exhibits, 11 of which are permanent. The museum’s planetarium and theater were renovated in 2008. In 2013, the venue added an 8,000-gallon aquarium, an Everglades exhibit and a conservation station. 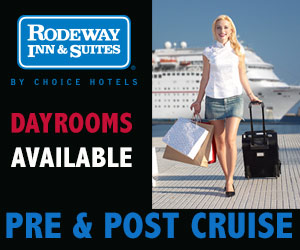 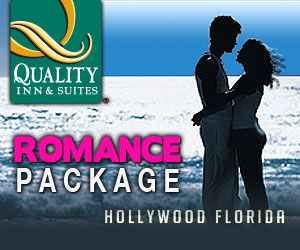